Instill These 7 "Million Dollar" Beliefs that Make Money Chase You… 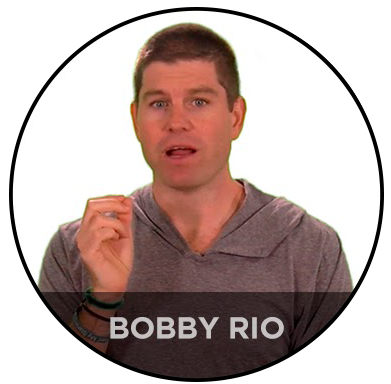 How would you like to finally break free of the "invisible chains" holding you back from the "money" you know you deserve?

First… Let Me Ask You…

...have you ever felt like the things you're doing aren't making a dent of difference in your "wealth" or "success"?

... have you ever felt like you're not moving fast enough?

... That too much stands in the way of you getting "ahead", and a “higher income” always seems just out of reach?

... Or even though you have some money in the bank or invested, it's not growing nearly as fast as you'd like?

And as much as you tell yourself "this year" I'll take control of my "money", there is just something holding you back?

What if I told you… there are a bunch of “invisible chains” holding you back?

These invisible chains actually exist, and they are called BELIEFS.

AND YOU CAN BREAK FREE OF THEM TODAY

You're Not "Wired" to Be Wealthy

We are literally not wired to handle "money" correctly.

When you hear a story about some 22-year old kid who just made a million dollars in a year, what is your first reaction?

B.) He did something illegal?

C.) Had a rich uncle who helped him out?

Does it make you just a tiny bit ANGRY?

Does part of you feel like him making a million dollars means there is LESS money for you?

Less opportunity for you?

If there is even a hint of resentment… then I can almost guarantee you have an “unhealthy relationship” with money...

And it comes down to the “beliefs” that have you wired NOT to be wealthy...

Your Beliefs Are Sabotaging Your "Financial Life"

Unfortunately, many of us have had ‘poor people' beliefs accidentally instilled in us since the day we were born.

Unless you came from a wealthy family, had an entrepreneur for an older brother, or stumbled into a circle of self-motivated friends....

You unconsciously modeled limiting "money beliefs" from those around you.

1.) Does the thought of LOSING MONEY on an investment scare you?

2.) Does the thought of FAILING at a new business keep you glued to your current job?

3.) Have you ever felt like all the "good ideas" are taken?

4.) Do you think there is too much competition to get to the top of the "money pyramid"?

5.) Or that the 1% are somehow different than you?

Well, these each of these thoughts stem from your "faulty wiring" around money...

And unless you pluck out these beliefs you're doomed to be "stuck in place" forever...

Riding the "hamster wheel" right into your grave...

"Rewire Your Mind For Money"

See, what I found is that that poor and middle-class guys have an entirely different set of beliefs about money than the rich and wealthy...

I should know, because I've been BOTH.

And it wasn't until I re-wired my mind to make money come to me (instead of repelling it away) that I finally broke free of the chains holding me back...

And took a rocket-ship to wealth...

And I firmly became part of the 1% I spent my whole life thinking was "different" or "better" than me...

Because what I found is that when you replace "limiting financial beliefs" about money with these new, rich and “wealthy beliefs", you naturally begin moving towards money, success, and freedom.

Empowering your every decision, every “money move”…

So to help you eliminate these limiting financial beliefs, and permanently replace them with "money making" beliefs that help you build the finances life you deserve...

I've created a very special video program for you that I just know you're going to love!

And inside my short but very powerful program...

I walk you through how to identify and weed out the negative, money repelling beliefs and I'll provide you with 7 "money making" beliefs that help you effortless adopt the attitudes and behaviors of the rich and successful.

So, I’m going to let you pay WHATEVER you want.

Here’s What To Do Next

Like I said, I’m giving you the option to pay WHATEVER you want for the course.

As soon as you place your order today, you’ll get instant access online PLUS the MP4s that you can easily download to your computer or mobile device to listen to and benefit from anytime.

You’ll also get it in PDF format too, so you can easily skim through and review the new beliefs whenever you want.

THERE IS NO CATCH!

I know there are some websites out there that offer you a great deal on something but then they stick you in some program that charges your card every month.

This isn't one of them.

There's NO hidden “membership program" you have to try ...or anything even remotely like that.

I'm letting you name the price, as a means of "putting my best foot forward" and demonstrating real value.

My hope is that you'll love it and this will be the start of a good business relationship for years to come.

With that said, there is ONE thing to keep in mind:

Time Is Of The Essence

I take a loss by letting you name the price. Because let’s face it, a lot of guys are going to pay $1 (which is totally fine if that’s all you feel its worth)

The reason why is because it costs me $21.04 in advertising costs to sell one audio program.

So why would I do that?

I want to create a great impression on you so that one day you might do business with me again.

I’m hedging my bets that you’ll benefit from this audio program so much, you’ll ask to try other trainings and services I offer. Pretty straight forward really.

You're also getting a brand new video training called…

In this special program you're going to get to listen in as I mastermind with a group of SELF-MADE MILLIONAIRES...

Now, one of the big secrets of money is the principle of "masterminding" with the rich and successful...

So, you can get inside their brains and use their experience and advice to change your own financial life...

So, I designed a roundtable discussion to extract the most important and life-changing lessons about money in less than an hour...

Just a few of the things you'll find in this special bonus include:

The Money Belief Switch program is great and you'll get everything you need from it in terms of changing your beliefs.

And the fact is, these beliefs are the exact reason you’ve struggled to achieve true wealth and freedom.

So, in addition to simply changing your beliefs, I wanted to hand you some tactical ideas for moving forward, toward a higher income and net worth starting right now.

However, if letting guys name their price winds up not covering my basic costs of creating and managing this page, I may pull the program down and raise the price… so you need to claim your copy now.

If I pull the offer down, that's all she wrote.

And by the way, even though you're paying whatever price you want - you're still protected by…

The Boldest Guarantee In The World

I 100% Guarantee you'll love this audio and new video training or I'll return your payment let you keep both trainings anyway.

Just email me and I'll give you back whatever you paid.

How's that for fair?

Thanks for taking the time to read this letter and I look forward to hearing from you soon!

P.S. In case you're one of those people (like me) who just skip to the end of the letter, here's the deal:

I’m giving you a complete video program that that outlines the exact 7 "Million Dollar" beliefs that lead to money and success.

And you can pay me whatever you want (seriously)

**** I’m also giving you a video training which is a 60-minute mastermindwhere you'll get inside the head of a group of self-made millionaires.

This bonus video not only re-enforces the new beliefs you'll learn...it gives you examples on how to deploy them starting right now.

This is a very limited offer because I'm running a marketing test. If I'm not able to at least break even on my advertising costs, then I'll put this offer down.

There is no "catch" to this offer. You will not be signing up for any "trial" to some monthly program or anything like that.

In fact, if you don't like the audio let me know and I'll even give you back whatever you decide to pay.

Click here and claim your copy now. You won't regret it.